You can find all researched here 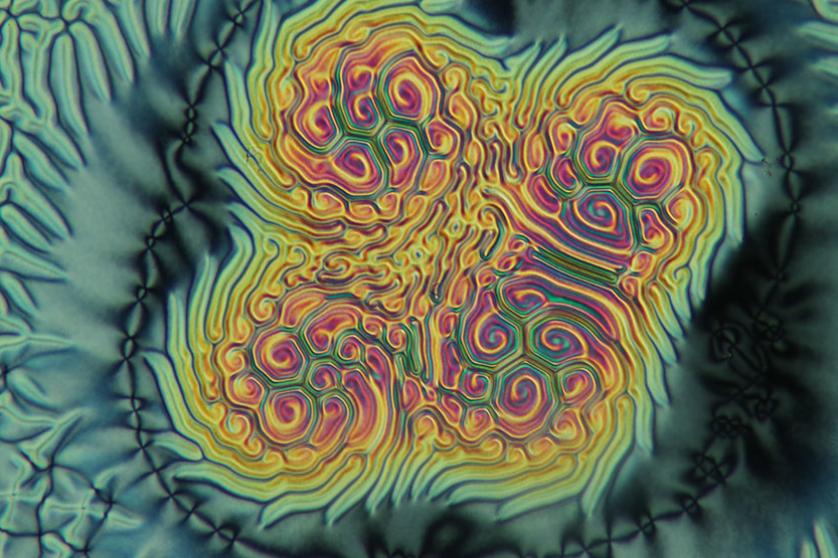 The condensation of dithio-oxamide with aromatic aldehyde was first described by Ephraimtli. However, the product was not correctly identified until 1960, when Johnson and Ketcham121 reported the actual chemical structural of this condensation based on spectral data. The thiazolo[5,4-d] thiazole is a fused ring system, which is stable and resistant to the chemical attack. The planar ring system which resembles naphthalene in its structure.

In recent years several thermally derivatives of this type were prepared and their mesomorphic properties were studied. Bartulin eta1141 have stated that disubstituted thiazolo [5,4-d] thiazole compounds (II) exhibited mesomorphic properties (when n=3 observed nematic phase, and smectic phase for n=4,5 and 6 while with n=7,8 another highly structured smectic phase has appeared).

Yousif and Al-Hamdanit5lannounced the appearance of the highly ordered smectic I of the compounds series(II) with n=9, 10 and 12.

In 1995, Salah has prepared some other compounds having the structure (IV), with high thermal stability and showed liquid crystalline properties.

Thair has prepared compounds(V), with OCH3 lateral group in which n=3 the compound does not exhibit liquid crystalline properties.

Effect of concentrations and number of spraying with Mg on growth yield and quality of grape (Vitis vinifera L.) cv. Tre-Rash. 4 years ago Agriculture